Run where the Beatles’ Fab Four sought their inspiration through the streets of Liverpool. It’s a must-see tour for all music fans who want to see where the worlds biggest band first started.

The tour will start where the story of the Beatles began. At the world-famous Cavern Club, the Beatles learnt their trade. While running down Matthews Street, we’ll see where they became regular performers. Then, we’ll head on to Pier Head, where you can spot the statue dedicated to the Beatles. It’s a favourite for photo hunters.

At Albert Dock, the thriving hub of Liverpool’s Riverfront, you’ll find a wide range of dining, staying, and entertainment options. In addition, The Beatles Story, the world’s largest Beatles museum, attracts plenty of visitors every year.

From there, we’ll run to where it all began – Paul McCartney’s childhood home, where he spent his childhood years. We will then move to St Peter’s Graveyard Woolton, which hides an interesting story behind the famous Beatles song, “Eleanor Rigby”. What follows next is an orphanage near where John Lennon grew up. It later became the inspiration for the song “Strawberry Fields Forever”. We then head back towards the famous Penny Lane, the namesake for the song “Penny Lane”. Finally, our tour ends at the Jacaranda Bar, where the Beatles played numerous gigs.

If you’re a Beatles fan, this tour is an excellent opportunity to discover the journey of the Beetles. Not just the music history, you can also take in Liverpool’s fascinating history, along with its architecture and iconic landmarks. 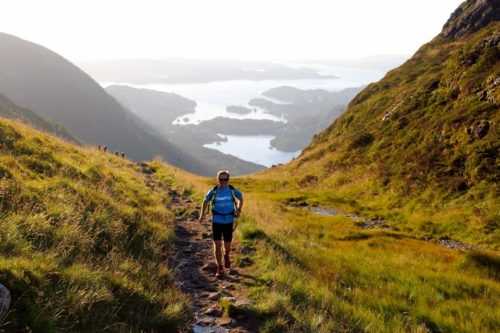 Hi! I am Craig - your runner on the ground, and I'm excited to show you my favourite sites in Liverpool. One of the many reasons I love running in the city is the fantastic running community in Liverpool. You will always see many people running and exploring everything the city has to offer. I love to travel and have competed in half marathons and 10k's across Europe and love running abroad. I believe the best way to get to know a new place is by exploring it on foot. I can't wait to show you the iconic landmarks and history of Liverpool and look forward to meeting you.