The road we have chosen is also called “Aristotle’s Peripatos” or “Aristotle’s Walk”. That is the route Aristotle walked in ancient times with his students while discussing philosophical matters; hence Aristotle’s school of philosophy was called “peripatetic”.
This run features all of Athens’ most celebrated monuments such as the Acropolis, the tunnel of Attalos and the monument of Hephaestus. Furthermore, we pass by many Roman monuments which allow us to get a feel for the changes that happened from the ancient Greek period to the Roman. 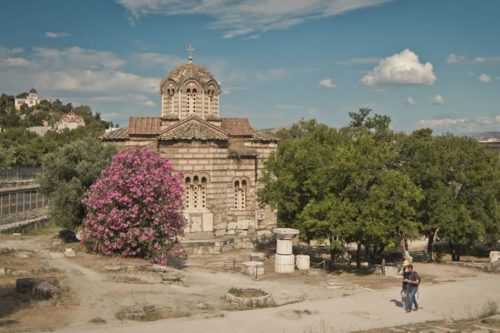