Cape Town – the oldest city in South Africa and one of its capitals, is a runner’s paradise. With warm weather year-round and stunning nature in the form of beaches and mountains, it is the perfect location to plan a running trip. If you want to explore the city and its surroundings, check out Cape Town Running Tours – offering private guided runs covering mountain trails, coastal paths, and historical city routes. Cape Town is also host to a huge amount of races – including Africa’s only IAAF Gold Standard marathon. Below we list the best running races in Cape Town for 2021-2022.

With views ranging from mountains to the city to the sea, Cape Town Marathon takes in the best sights of the city. THE OFFICIAL WEBSITE STRESSES an IAAF Gold Standard marathon as a good marathon for both elite athletes and newcomers.

Two Oceans Marathon and Half Marathon

Described as “the world’s most beautiful marathon”, the Two Oceans Marathon is actually an ultra-marathon of 56km. As the name suggests, the route passes both the Indian and Atlantic Oceans, with spectacular views where the oceans meet. The route is challenging and mountainous, but it is a must for ultra runners with its beauty and popularity. If you’re not up for an ultra, the half marathon is also with a tough, mountainous course.

The Cape Town Festival of Running features several races of different lengths. The big daddy of the festival is the 100km ultra-marathon – taking in 20 laps of a scenic 5km route. If 100km is a bit much, you can try the 50km ultra – completing 10 laps of the same route. There is also the option to run as part of a team of 5 – each member completing one lap. Alongside the ultra route, there is also a half marathon as part of the festival, which follows a coastal route.

In support of PinkDrive, which offers breast cancer care, the Women’s Race aims to raise awareness of and support education surrounding breast cancer in South Africa. You can choose between 10km and 5km routes.

Providing an alternative view of the city, the Table Mountain Trail Run takes you on a challenging 8km along the mountain face. Incredible panoramic views await at the destination – Devil’s Peak. This tour is not a competitive race, but a great way to see the city any time of the year, avoiding the crowds of a race to delve deep into the life of the city.

A nighttime trail run aiming to conquer Cape Town’s three peaks – Devil’s Peak, Table Mountain, and Lion’s Head – under the guidance of moonlight. A difficult course, but with plenty of support, a good atmosphere, and a real party at the finish line. If you want a unique way to run Cape Town, this is the race for you.

BOOK YOUR STAY IN CAPE TOWN 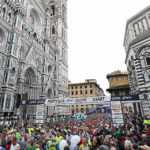 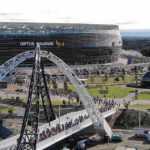 CHECK OUT SOME OTHER CAPE TOWN INSIGHTS Cape Town – the oldest city in South Africa and one of its capitals, is a runner’s paradise. With warm weather year-round and stunning nature in the form of beaches and mountains, it is the perfect location to plan a running trip. If you want to explore the city and its surroundings, check out Cape … Why run Cape Town? Just as temperatures are cooling down in the chillier Northern climes, things are definitely hotting up down south & with long, sunny days & spectacular sunsets over the Atlantic Ocean, nothing could be better than some sea, sand and sun in beautiful Cape Town! CAPE TOWN AND RUNNING Cape Town is …