So let’s get going – the running routes that we suggest are characterized by easy to find, difficult to get lost and minimal traffic.

So there goes the best running routes in Copenhagen:

Søerne or The Lakes is by no comparison one of the most popular running routes in Copenhagen. Every single runner in Copenhagen knows  ”The Lakes” and as I always tell my running guests on the Urban CPH Tour, then if you are single and run, then the thing to do is to put on your best running gear and run around the lakes. This is the place where people go to “be seen” and for us regular runners in Copenhagen, we ALWAYS meet someone we know around the lakes.

The run around the Lakes is 6.3 km long and you are separated from the bikes and cars on your own path along the lakesides. There is however quite a few prams, pedestrians and other runners, so on a sunny Sunday midday – expect to be slaloming. Early mornings and evenings you are just fine to run and enjoy this beautiful running route. Note that you are crossing large roads while doing this run, so unless you time your run perfectly you will be stopping for red lights a few places.

The running route along the harbour is a bullet proof – ”no getting lost” route. Stay along the harbour and adjust the distance of your run with the many bridges. Note that Inderhavnsbroen and Slusen/Sjællandsbroen are the outer bridges, so if you run past these there no crossing the harbour.

This running route is particularly nice in the morning as you will be running in the morning sun and with minimal people on the route. You have great views of the harbour and you can run relatively uninterrupted along the harbour side and also mostly away from the traffic. No matter what time you run, there will for certain be other runners out enjoying the Harbour Ring.

Along the running route, you will also find two harbour baths so if you fancy having a swim in the middle of your run,  just jump in. It’s free and you are swimming in the sea water. Additionally, at ”Bølgen” (The wave) just in front of Marriott hotel, there is an outside exercise area if you feel like doing a few crunches on your run as well.

If you run the full Harbour Ring you will clock around 13 kilometres and enjoy urban life that ranges from the city centre to the South Harbour where you run through a few industrial areas, green areas and a lot of new builds. Very diverse and you can follow the signs for ”havneringen”, Last but not least is the”green” running route which goes through a couple of the parks in Copenhagen. But this running route is not only green but it is also a bit ”wild” as you are running along the Copenhagen Zoo, which means that you will have great views of the elephants, Flamingos, Rhinos etc. When did you last meet an elephant on your morning run?

This running route also offers a few hills and I am not kidding, when I say that Copenhageners bike to Frederiksberg have and Søndermarken to do hill sprints. I believe that everyone but a Dutch person would laugh at this fact. And maybe laugh even more of the fact when you are standing on the top of the hill you have great views of Copenhagen.

There are many paths and routes in the parks, so don’t worry if you take a wrong turn, you will quickly find another path, that will lead you back on track. Frederiksberg have is also nice because it has several lakes and in Søndermarken there is a light installation where you can push a button that says you would like to run 5.30 min/km and then you just have to follow the lights. Sounds complicated? It’s not – and it’s also quite a lot of fun.

If above is not long enough, then check out our 20 km running route and also. For more information on running in Copenhagen, check out our complete guide. If races are your thing, then you need to read our list of the best races in 2019.

Enjoy and have a great run. And remember if you would like company or would like to see all the main sights of Copenhagen (The Little Mermaid, Parliament, Royal Palace) on a run then have a look at our City Tour or any of our other runnng tours for that matter. There is something for everyone. 🙂

Guests about our running tour

Fantastic Tour of the City

“We had a wonderful time running around Copenhagen with Lena… literally. She was so flexible in working with four adults and an infant in a jogging stroller, even modifying the route to make it more stroller-friendly. The insight she gave us about the city was amazing and we covered much more ground than we normally would have in 2 hours of exploring on our own. We really couldn‘t have asked for a better introduction to the city- from restaurant recommendations to where to buy a bottle of wine, she was a wealth of knowledge!”

“Love this concept of sightseeing and running at the same time – and with great company too!
It was my first visit to Copenhagen and as I was there for a conference with very little time to see the city, I came across Running Copenhagen while google searching running routes. It was only 2 days before my trip so with fingers crossed i requested to book an early morning (6am) private run. I received a very quick response and was so pleased that Lena can accommodate my request.
Lena is fabulously great company, had a great run and chat too! She is very knowledgeable about the city and perfectly tailored the run to my needs. Loved every minute of it!”

“What can you want from a running partner? Someone that matches your pace? Has a knack for flowing, genuine conversation? Knows a good route? Can teach you some local tips on the way? Maybe even relate places to events in local politics? That might be asking too much, but that’s what I got with Lena. It was superb.” 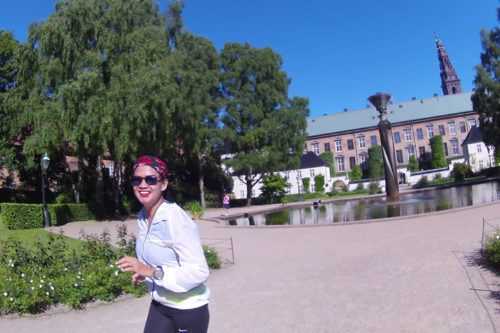 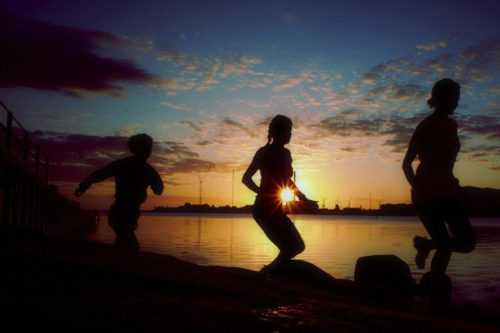 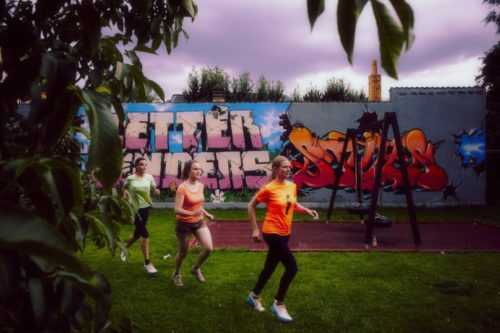 CHECK OUT SOME OTHER COPENHAGEN INSIGHTS